Man O’War’s sister course, War Admiral, is routed through mature forest and offers a completely different golf experience. The course is sheltered from the wind, but provides a demanding test from the tees. The site’s beautiful tidal marsh comes into play on five dramatic holes, offering amazing views. Rugged, breathtaking bunkers reminiscent of golf’s great past is the signature of the War Admiral Course. From the rear tees the course plays to a par of 72 and a length of 6,889 yards. 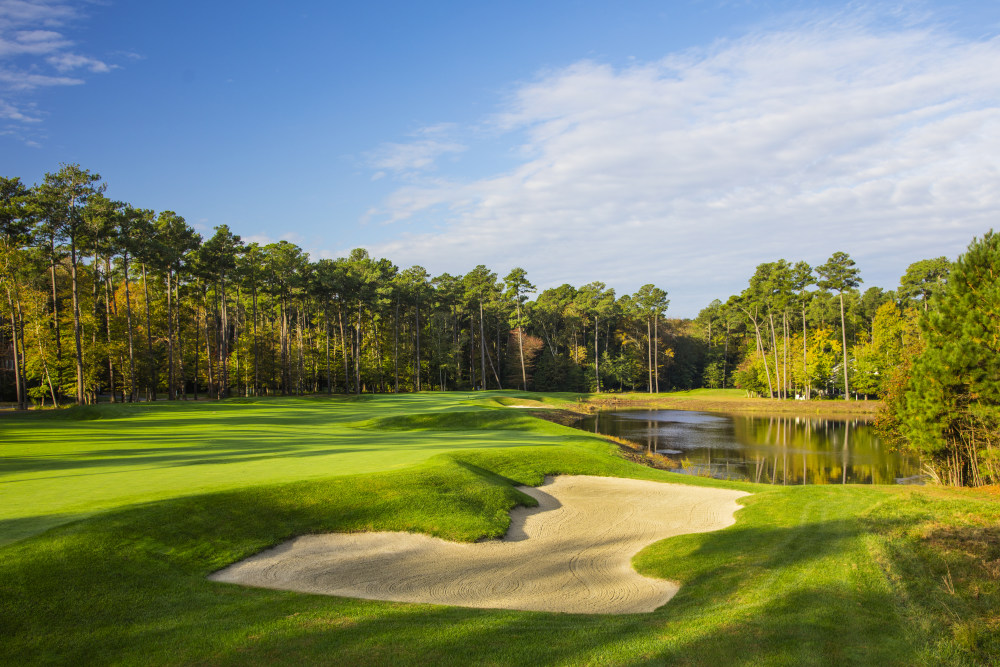 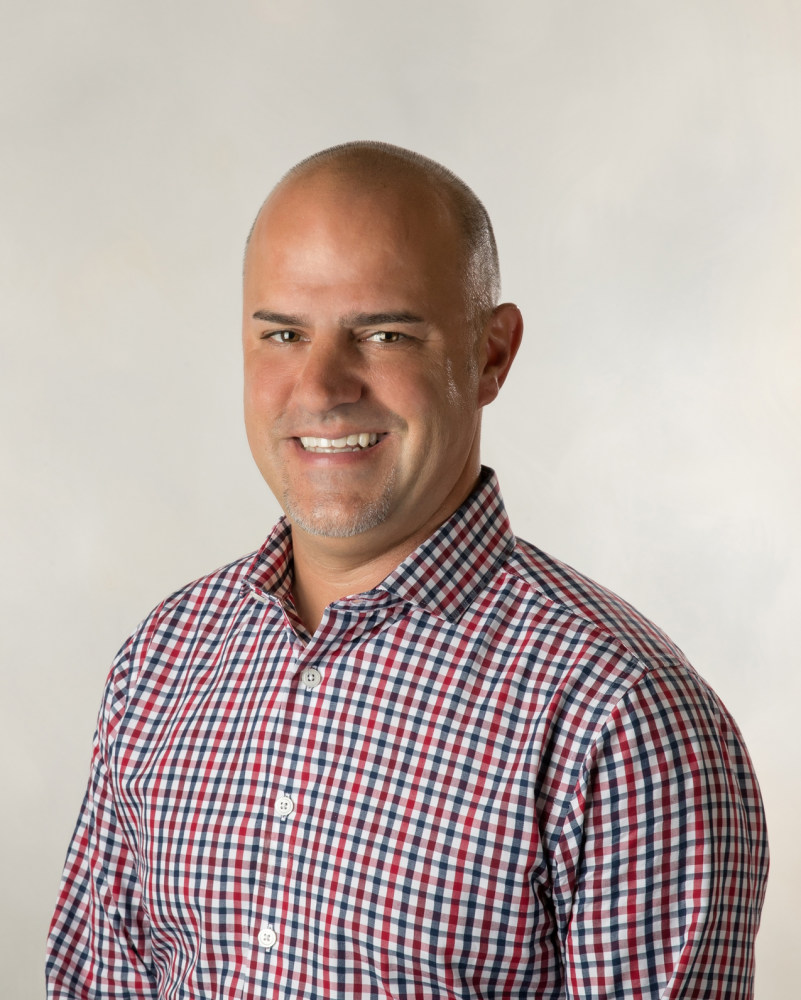 As the Director of Golf at Glen Riddle, Scot holds many responsibilities on a day-to-day basis. Focusing on the growth of membership, he works to instill strong customer service skills throughout the almost 40 staff members. He also maintains the facility and golf carts, as well as working and overseeing member events at the golf course.

Born and raised in Salisbury, Md., Scot is a true local at heart! In addition to his love for golf, he has also held the athletic roles of quarterback, point guard and shortstop. While in high school, he began his golf career working at the Elks Golf Club in Salisbury. After attending Hagerstown Jr. College, he even had the opportunity to work in the golf business out in Arizona for a short time.

His career with Glen Riddle began in February 2015, but his career with Ruark Golf began much earlier than that when he started at Lighthouse Sound in March 2007.

Throughout all of the aspects his position entails, he is most passionate about the human interaction he experiences each day. “I love the different types of people, and different walks of life, that I’m able to work with. I like to say it’s kind of like an adult amusement park. It’s great to interact with the members and guests, getting to know them on a personal level.” 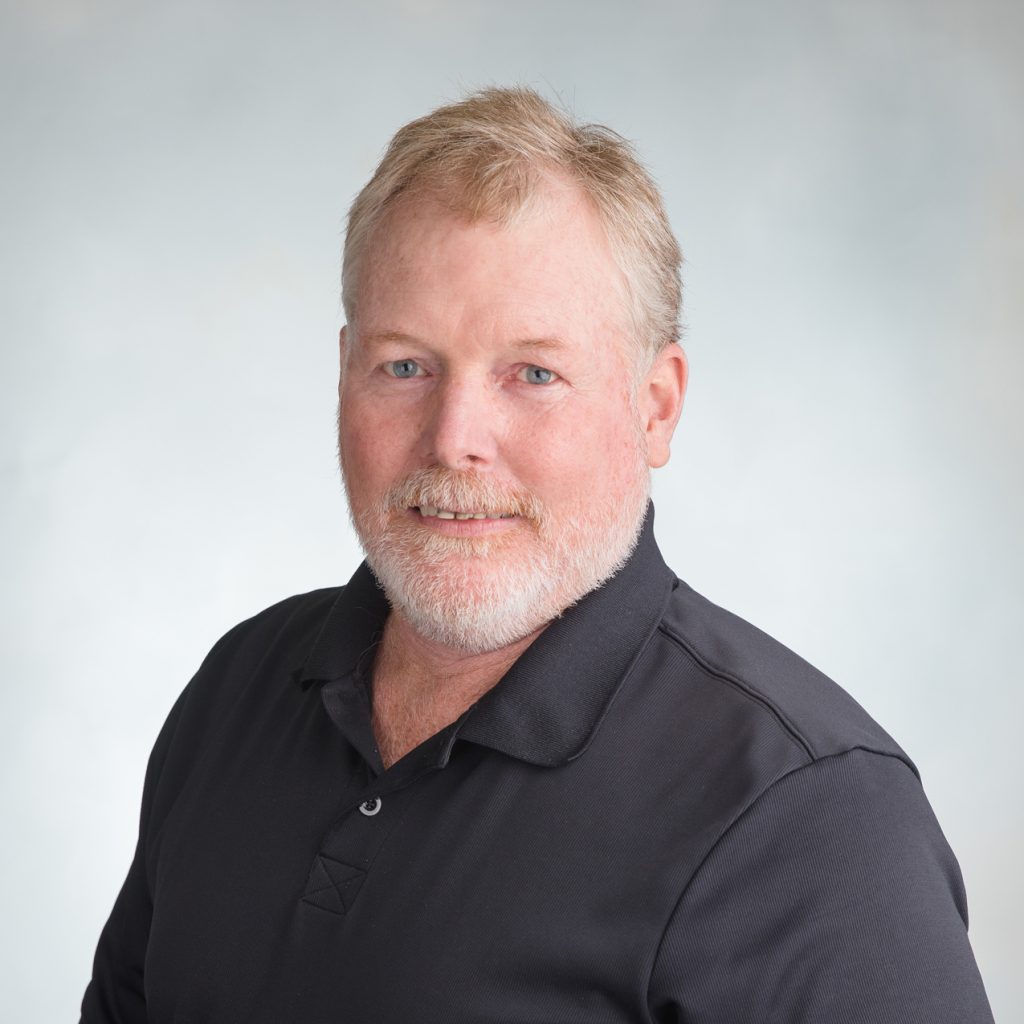 After nearly 20 years away, Butch is excited to be back working as a Superintendent for Ruark Golf. As Glen Riddle’s Head Grounds Keeper, Butch oversees the entire course and the daily responsibilities that come with it.

Butch has been working on golf courses in Maryland for 30 years, getting his start in the early 80s at Chester River Yacht and Country Club. He became the Assistant Superintendent at River Run Golf Club and then the Bay Club before being named Lighthouse Sound’s first ever Golf Course Superintendent.

After this job, Butch moved northwest to raise 3 kids with his wife, working as the Superintendent at River Downs Golf Club and then Bon Air Country Club along the way. Now with their kids out of the house, he and his wife are happy to be back on the eastern shore, and Butch is thrilled to be working at Glen Riddle.

“I love working outdoors and getting to see the sun rise. It’s great that I can interact with the members. It’s funny but it feels like my real office is outside. Really, the best part about what I do is that each day is different.” 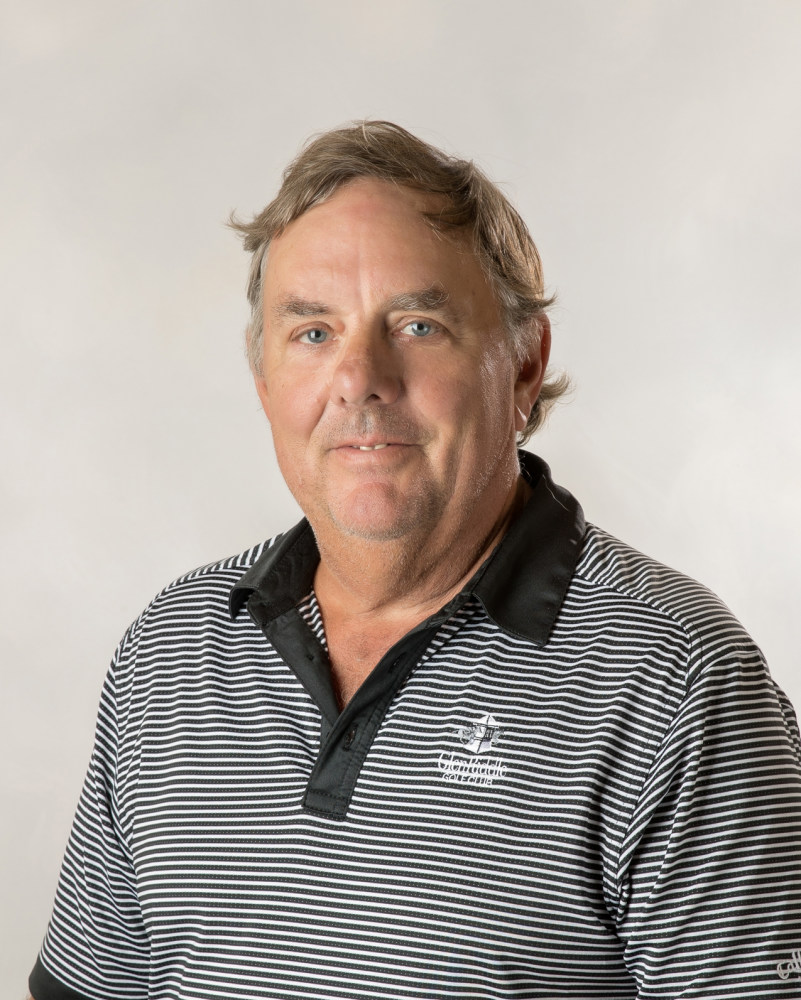 Running a crew of ten people, Mark works as Glen Riddle’s Golf Course Superintendent of the Man of War Golf Course. He and his crew are committed to maintaining over 300-acres of greens and fairways throughout the course.

Although he holds pride in his current position in which he began in 2013, working as a Golf Course Superintendent is not the only title Mark has held while at Glen Riddle. Starting in 2004, he worked as a Construction Manager at the golf course, and decided to remain with Glen Riddle.

Mark has an extensive background in golf course construction, having traveled across the country and all over the world to build over 30 brand new golf courses, and to renovate about a dozen more.

“I have a very strong connection with this place through building the course from its beginning. I know every square inch of the course, and all of its nuts and bolts. I’m thrilled to be so involved with its history.” 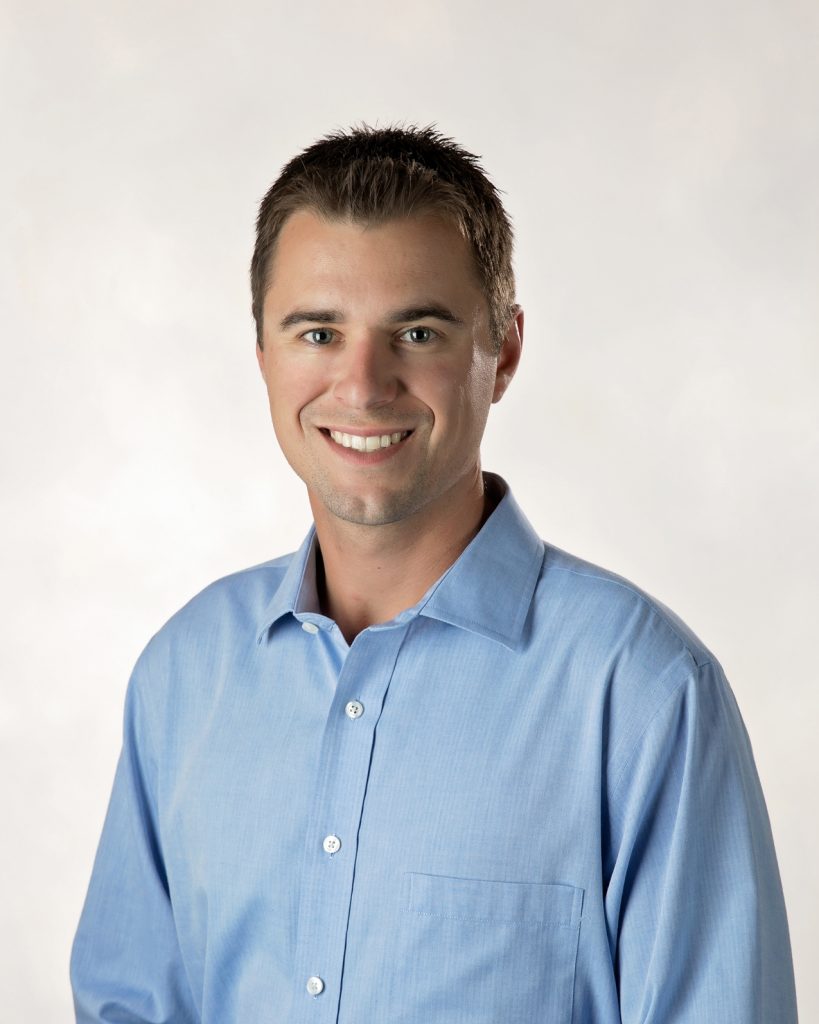 John is the PGA Head Golf Professional at Glen Riddle. He joined Ruark Golf at the start of the 2015 season.

John came to us from the Northern Virginia area where he learned the game of golf. He grew his passion for the game and eventually began his career in the golf industry.

John was elected to PGA membership in 2017. John is also a very capable instructor who will be able to help any golfer achieve their goals! His focus is on providing the best possible customer service to members and guests.

What you may not know is the clubhouse building that houses the golf and restaurant operation was formerly the main stable building of the famous Riddle Farm which produced such famous racehorses as Man O’ War, War Admiral, and Sea Biscuit. The horses bred and raised at the Riddle Farm are credited with changing the history of American horse racing. What was previously a sport enjoyed and admired only by the rich and privileged became one that was supported and embraced by the masses.

The biggest horse racing event in history was the famous match race between Man O’ War’s son and grandson, War Admiral and Seabiscuit, held at Pimlico Racetrack in Maryland in 1938. 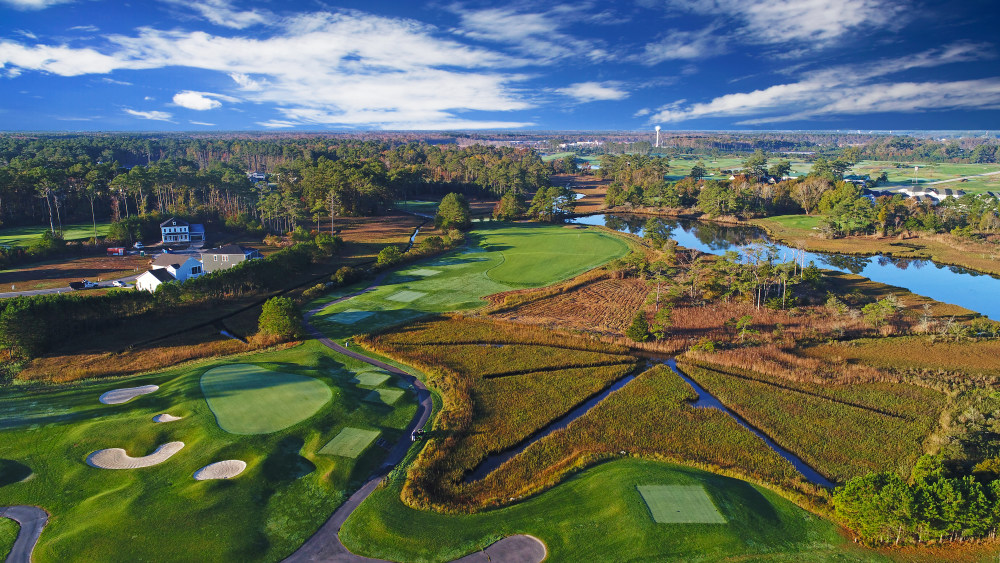 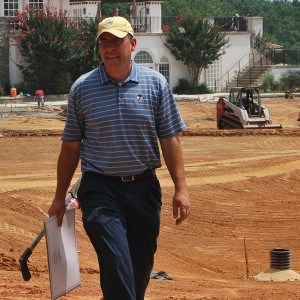 Joel Weiman grew up in Northern New York, where as a boy, he squeezed every round of golf possible into their short playing seasons.  In 1997, he obtained a degree in landscape architecture from Cornell University which provided him the best avenue to peruse his passion for golf course architecture as a career.  Following graduation, Joel began practicing golf course design in conjunction with the highly respected golf course construction company McDonald & Sons, an organization well known for their work with the nation’s premier golf clubs.  Early design successes with McDonald soon led to his formation of the affiliated design firm McDonald Design Group in 2001.  Joel has completed five completely new golf course facilities and renovation/master planning work on over one hundred existing golf facilities.  Joel currently resides in Maryland with his wife and their two young boys whom have both recently caught the golf bug themselves. 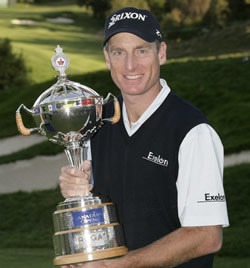 As one of the most recognizably talented golfers of the PGA TOUR, Jim Furyk has had golf in his family roots since the day he was born. Raised by an Assistant Pro, he learned to swing at a young age and never stopped!

He was an All-American twice at the University of Arizona in Tuscon, and led the Wildcats to their first (and only) NCAA title in 1992. Jim, also nicknamed “The Grinder,” is a 16-time PGA TOUR Champion. Joining the PGA TOUR in 1994, he won at least one tournament each year from 1998 to 2003. 2010 was a big year for Jim, winning Player of the Year for both the PGA and PGA TOUR, as well as the 2010 FedEx Cup. 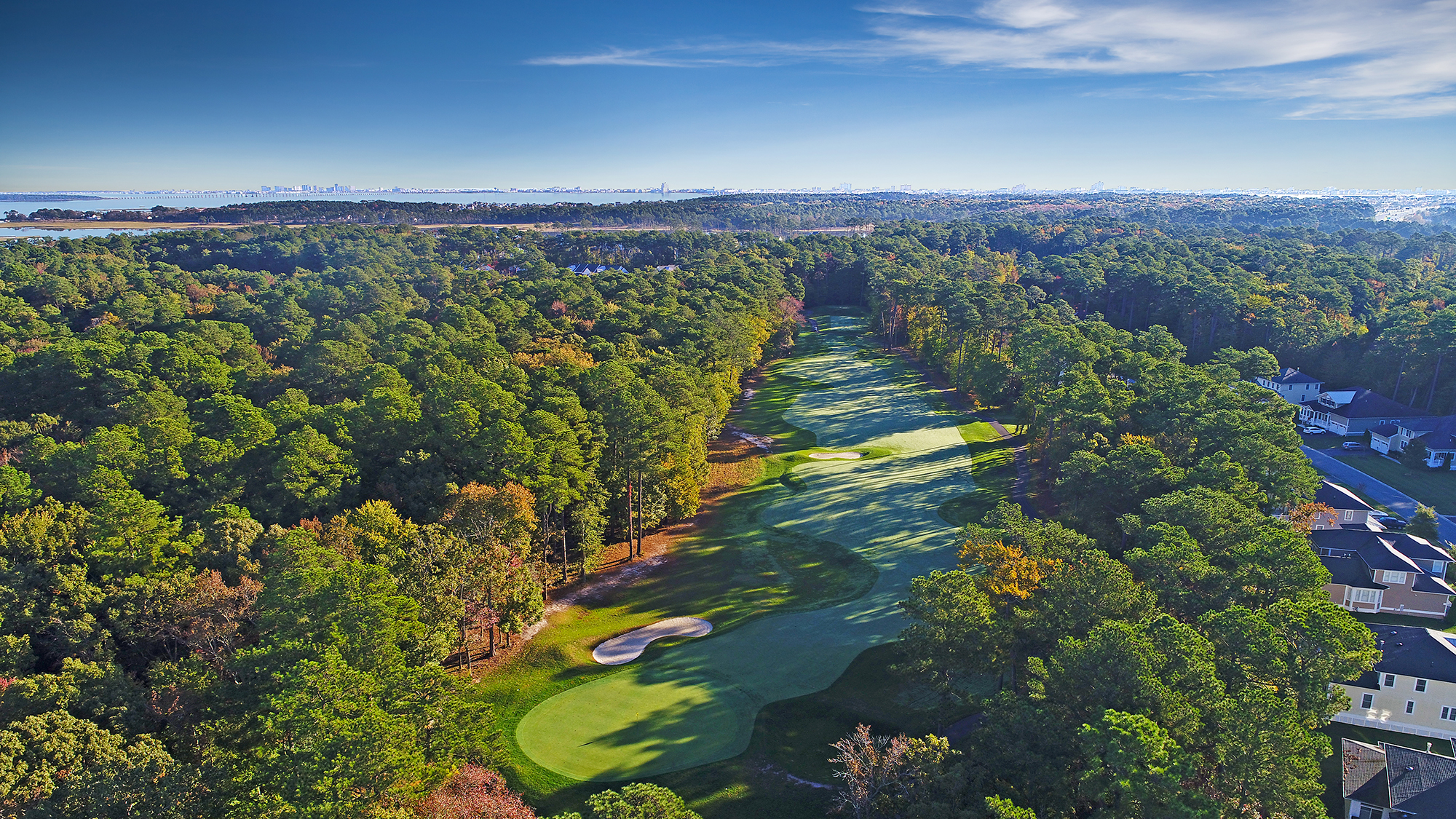