Rum Pointe Seaside Golf Links has become Ocean City’s “must play” new course and one of Maryland’s premier golf venues. This spectacular seaside design by the world-renowned father/son team of Pete & P.B. Dye opened in the spring of 1997. Located on Highway 611 on the Sinepuxent Bay overlooking Assateague National Seashore Park, Mother Nature and the Dye’s have combined talents to bring world-class golf to the Ocean City area.

This Scottish-style links is the only area course to feature bent-grass on the fairways and greens. No less than 17 of the 18 holes have a bay view with several holes having direct bay frontage, where you can start your ball over the water to shorten the hole. The Dyes have certainly created situations of risk and reward that will quicken the heart rate of even the most experienced golfer. From the back tees this championship quality course is capable of hosting a PGA Tour stop but forgiving enough from the middle tees to satisfy golfers of all skill levels. 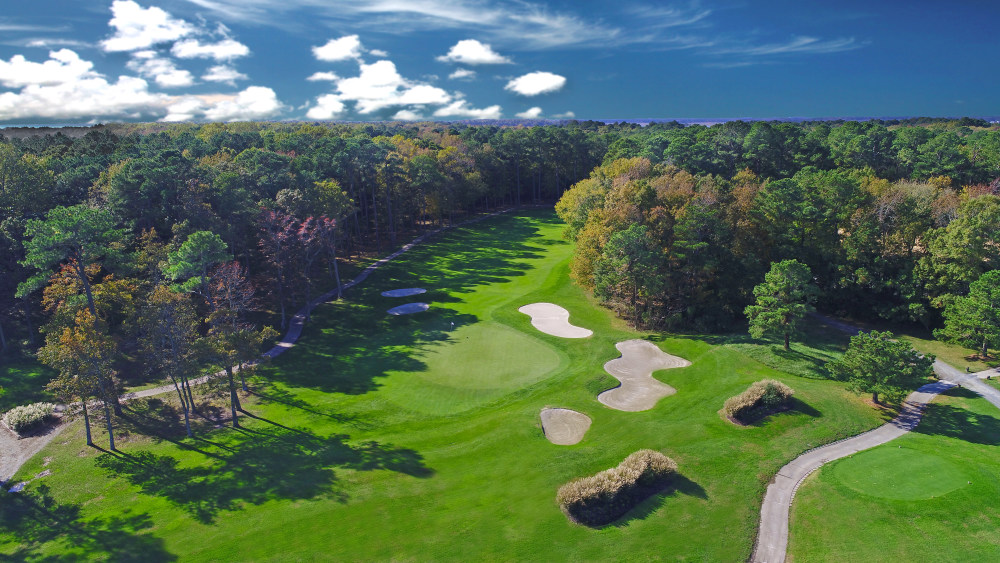 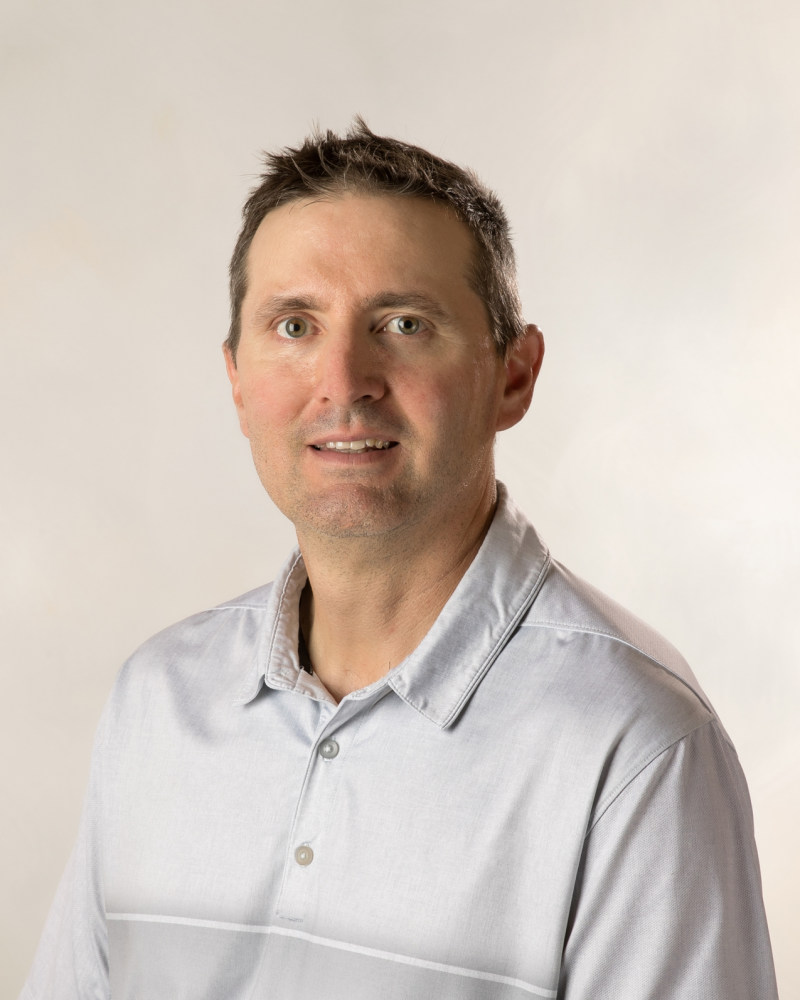 As the Golf Course Superintendent at Rum Pointe, Joel’s priority is maintaining all golf course and clubhouse grounds, and ensuring the upkeep of the property as a whole.

Originally from a town called Warren, Pennsylvania in Northwestern PA, Joel decided to move to Ocean City after finishing his college career at Penn State where he obtained a Bachelors of Science degree in Turfgrass Science.

The summer before his last semester at Penn State, Joel interned at Eagles Landing, only a short distance down the road from Rum Pointe. At this time, Rum Pointe was in the process of being built. As he finished his degree, he reached out to them and was offered a job.

Joel has been with Ruark Golf at Rum Pointe since January 1997, three months before their opening date.

“I love how the golf course allows people to get out and appreciate what nature has to offer, all while playing a game. It’s amazing to be able to work on a beautiful property each day, and maintain that property for everyone–not just golfers–to enjoy.” 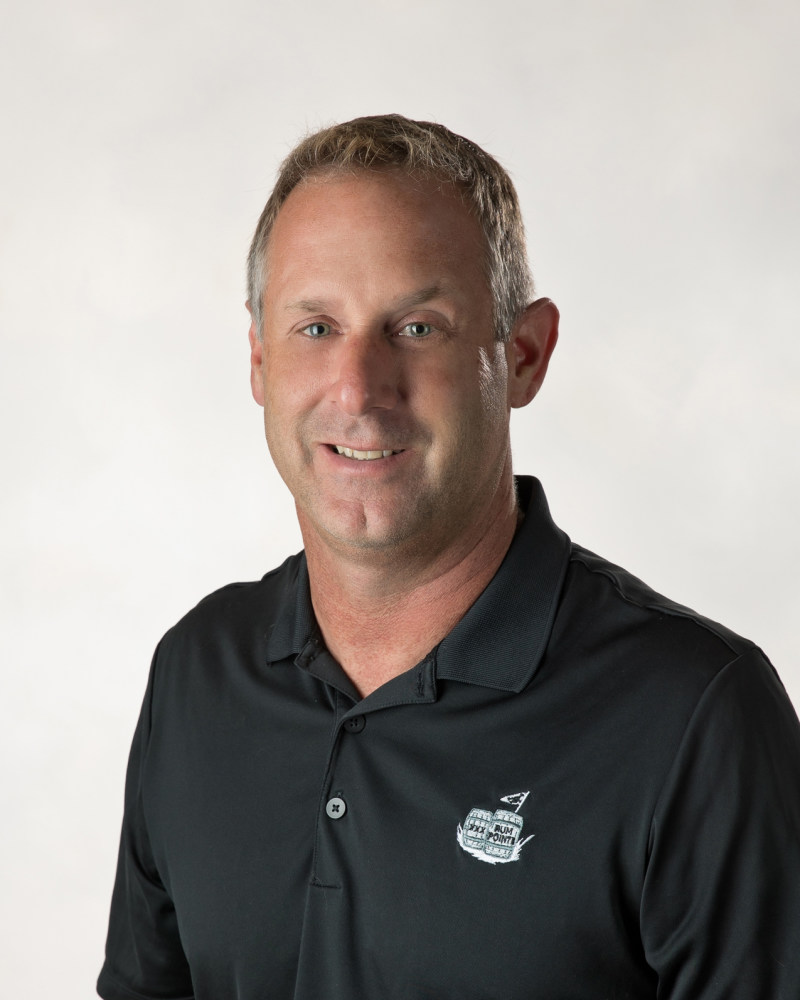 Scott is the General Manager of Ruark Golf’s Rum Pointe golf course. He manages the golf shop and oversees all of the golf course day-to-day operations.

Scott attended UMBC where he earned a concentrated degree in Geomorphology. Before joining Rum Pointe, he worked in sales, promoting and selling automotive parts and supplies for 17 years.

Originally from Carroll County, MD, Scott began his career with Rum Pointe in the Ocean City area 16 years ago. His father-in-law was the one who originally peaked his interest in golf when he was in his early 30’s. He decided to make a major career change to pursue his new passion, golf and he couldn’t be happier!

“My main focus is providing a great customer experience from the moment they enter the parking lot to the moment they leave our facility.  We are not just in the golf business, but hospitality industry as well. I want all our guest to have a positive experience that they will remember and share with others!”

The property now known as Rum Pointe Seaside Golf Links has a rich and storied past as evidenced by its name, which it takes from the peninsula of land that extends out into the bay behind the sixteenth tee.

Legend has it that from 1696-1717, Captains Kidd and Blackbeard, two of the world’s most famous pirates, frequently sought shelter behind the barrier islands of Assateague. From the waters of the Sinepuxent Bay, they brought treasures of all kinds ashore.

Although no buried treasures were found during construction of the golf course, lengthy archeological studies trace a long history of activity at Rum Pointe. Remains of seven Native American cultures were found at several locations on the property. Large shell middens have been preserved in the wooded area to the right of hole #12 and along the creek to the right at #15. 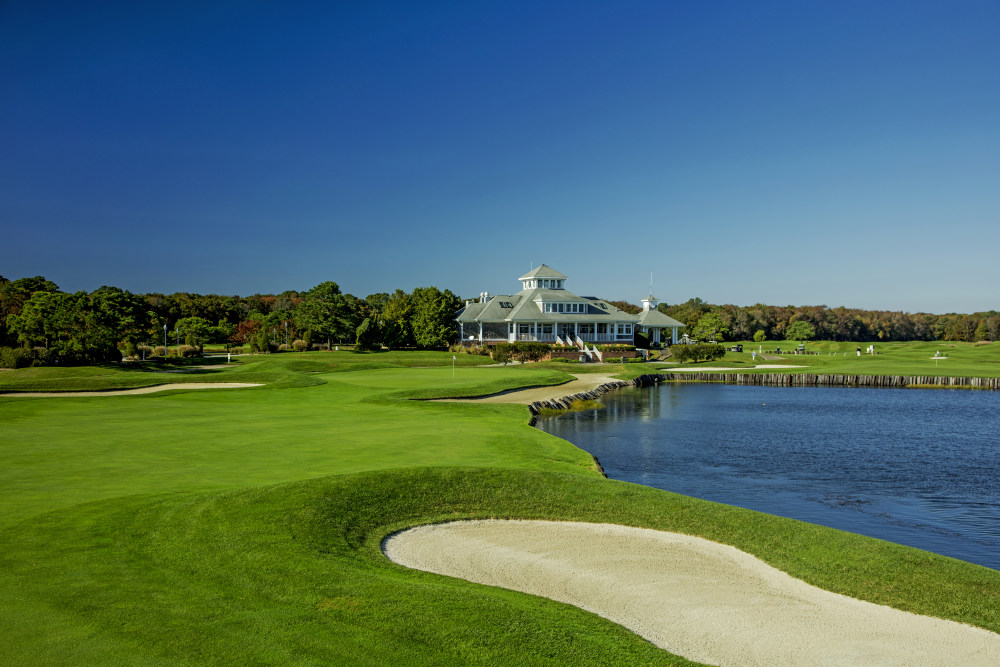 Perry Dye and Dye Designs are highly dedicated to the game of golf, and the Dye staff feels strongly that the future of golf lies in the constant introduction of the game to future golfers, while continually challenging the seasoned veterans. Providing a memorable and enjoyable golf experience is a primary goal in every Dye design. 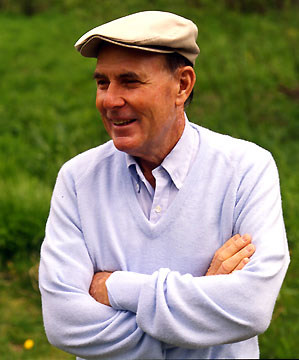 The design philosophy of Dye Designs lends itself to a wide variety of golfers with varying levels of ability. The job of the designer is to provide a challenge to advanced players without creating so much frustration that beginners leave the game of golf or migrate to a less difficult course. Dye Designs is aware of this challenge and uses several techniques to overcome the situation. Particular attention must be paid to these different abilities, along with an equal concern for maintenance and the environment. 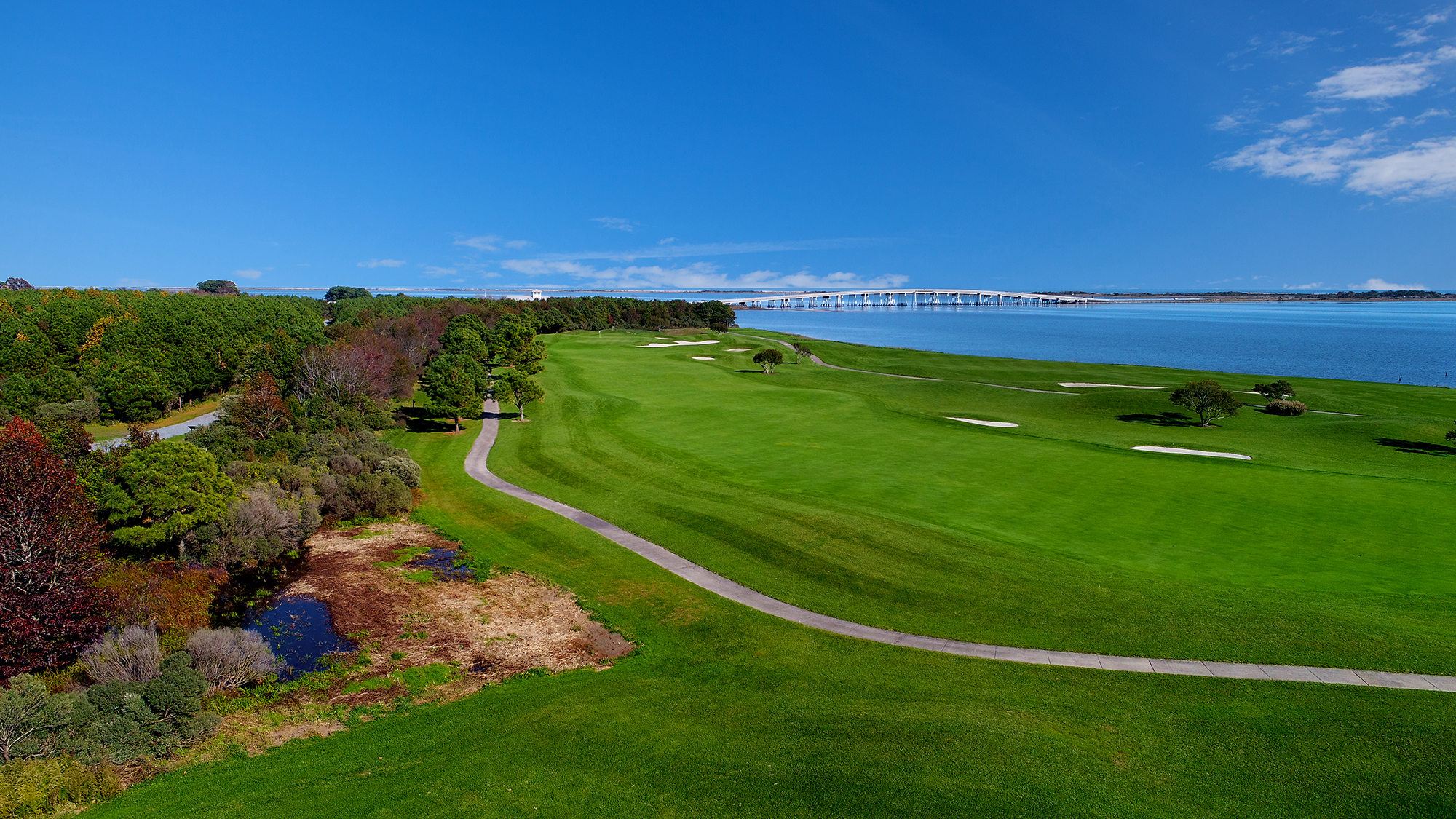